The Unfathomable Mystery of the Togo Timer – Update

We have learned quite a bit about the making of the MST-13 by MEBO employee Ulrich Lumpert. We also know that BATF agent Richard Sherrow allegedly brought one such timer from Togo back to the US. Quite logically, once the link between the MST-13 timer and MEBO was established, the investigators interviewed Lumpert.

Let us now listen carefully to what he has to say about the Togo timer. But let us first review  some of the information we have gathered about this timer.

The Togo timer is lacquered on both sides (See page 3 of the CIA report) and it has not been built into a box since its corner have not been cut. Therefore it can ONLY come from the Production-Series as I have explained in this post: MST-13 Timers Delivery Timeline. All “pre series” MST 13 timers were built on Thuring boards that had been lacquered on one side only.

In other words, it is built upon a Thuring board that was part of the second order made by Lumpert. These boards were delivered on 12 November 1985.

In a series of short posts (Building the MST-13 Timers. JUST DO IT!), I have explained what technical problem had, in my opinion, prompted Lumpert to use a variable capacitor which was eventually soldered to the board in a rather awkward fashion. 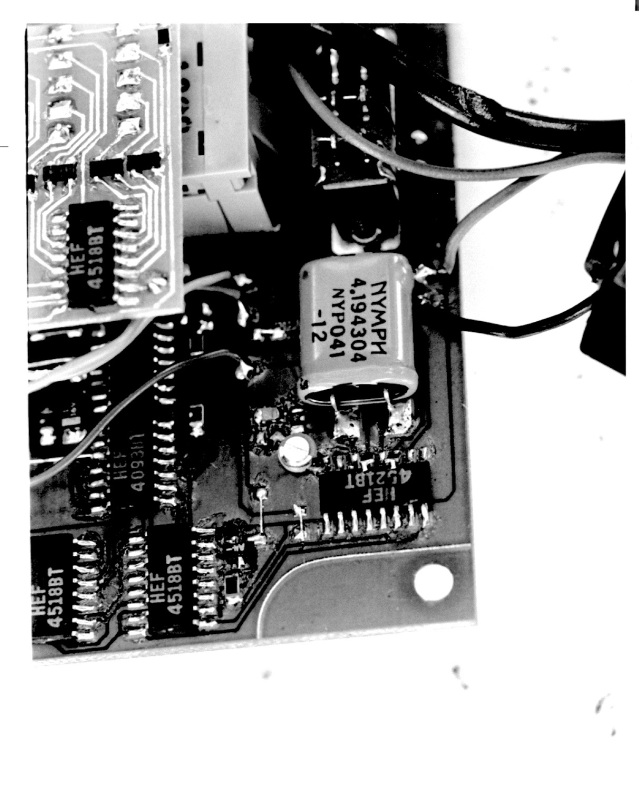 This feature (the variable capacitor being mounted diagonally and not like Lumpert intended to do it when he designed the board) is also clearly visible in Figure 3 of the CIA report. Now, the time has come to listen very carefully to Ulrich Lumpert.

On 23 May 1991, in Zurich, Lumpert was questioned by Swiss Inspector Fluckiger in the presence of Detective Inspector William Williamson, Police Constable Rolf Buwert, and FBI agent  Edward Marshman.

Lumpert is shown ten photos from the so-called “DP 124” file. Here is what he has to say about this picture (n° 4) of the MST13 timer allegedly recovered in Togo in September 1986.

This is a MST-13 timer with a 2 position timing switch.  This is a pre-series timer because the condenser (capacitor)  has been soldered diagonally and the soldering points near the switches of the power cable have not been covered with a plastic protective sheet.

“This is an oscillator with the resistors which were added later. It must be one of the pre-series timers.”

This modification is described in the CIA report:

“Figure 6 shows two chip resistors added “tombstone” fashion by bending the integrated circuit leads up. This is not easy to do and is very labor intensive.” 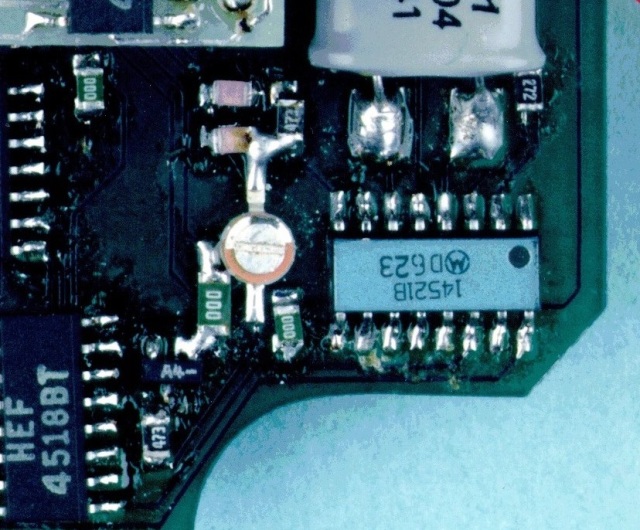 “If you look at the photo of the “production series” timer (Control sample above), the ‘tombstone’ resistors have disappeared from the oscillator integrated circuit at the bottom of the right hand side. One of them appears to have been placed, instead, on a cut track next to the right hand connector pad of the quartz crystal. The other resistor is presumably connected in a similar manner underneath the crystal, where it is not visible in the photo.” Comment from a reader (Brendan)

“Both this later modification and the other ‘improved’ connection of the variable capacitor involve connecting components to tracks rather than straight to the the integrated circuit’s pins. It appears that someone looked at the tracking of the circuit board and decided that it was less messy to connect to tracks than to pins.” Comment from a reader (Brendan)

“Another more professional looking feature of the production series timer is the use of zero ohm resistors rather than pieces of wire. A zero ohm resistor simply acts as a connecting lead, just like a wire, but is convenient for use on surface mounted boards. Two of them can be recognised from their marking “000” in the photo next to the bottom of the variable capacitor.” Comment from a reader (Brendan)

On the other hand I can verify that the circuit board has been coated with a protective lacquer which points to a later development of circuit board.

Lumpert is able to conclude this correctly because he can see that the circuit tracks are not shinny and thus have been covered with the green lacquer.

The lacquer is also noticed in the CIA Report:

“The inside surface of the front panel has circuit traces etched and surface mount components installed. Solder mask also covers this surface.”

Lumpert’s comments beg an obvious question. How is this possible?

The assembling of the component is clearly the one used in the pre-series. However, the board comes from the second order of boards made to the Thuring company which were used for the production-series.

As Jim Swire recently wrote to me:

“Aspects of K-1’s details (such as the labour intensive modifications and insertion of hand mounted components bordering one of the integrated circuits) support the concept that this would be an early model of MST13. Prototypes precede production runs.”

“The detail of K-1 also strongly suggests a prototype hand-modified board made up before the production run started.”

What is going on here?

Just in case you wonder about Lumpert’s memory, here is how he built the “production series” MST 13 timers.

Thus, Lumpert did not receive it before 12 November 1985! Check my timeline of the invoices. So, Lumpert had at least built 7 MST-13 timers before this one. (2 prototypes and 5 pre-series).

Building the MST-13 Timers. JUST DO IT!