Otto Hostettler is an investigative reporter for the Swiss magazine BEOBACHTER. He stumbled over the Lockerbie case when he investigated the unexplained Swissair-Crash from 1970 (Würenlingen).

According to his research, the perpetrators of that crime have been known for more than four decades. And yet, they never had to stand on trial. (One of them was a prime suspect in the early stage of the Lockerbie investigation.) 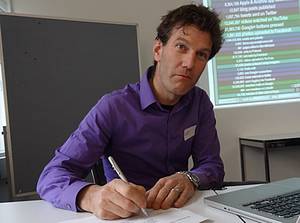