PT/35(b) was found, we are told, in PI/995 which is the collar of a grey “Slalom” shirt. Three other parts of that shirt were recovered. We shall talk about them later on. 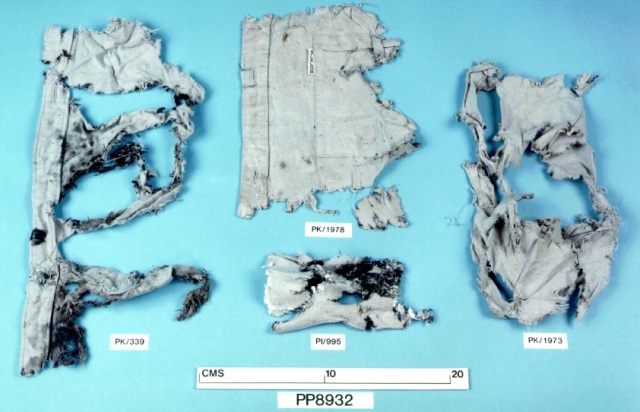 Here is where these items where found. We will document this information.

Blue and red bands are the trails left by the debris of the plane.

6 Responses to Where found