Here is a list of unexplained but well documented events:

Cretton* (Swiss Inspector Hans Knaus) expressed his concerns… The first was that the CIA had planted the chip [PT/35(b)] in the wreckage found at Lockerbie. Henderson and I ( FBI Special Agent Richard Marquise: Head of the US Lockerbie Task Force ) told him this thought had also crossed our minds. (1)

Richard Sherrow stated that several of the items on display “may have been added to the weapons seized by the Togo military, including the two [MST-13] timers, which had been handled and manipulated by unknown parties.”

Devereux says that Sherrow told him that while working for the Bureau of Alcohol Tobacco and Firearms (ATF) when asked to identify the timer in the photograph he was certain that he knew the origin. Rather than implicating the MST-13’s original manufacturer MEBO, Sherrow said a company in Florida made the timer, and made it exclusively for the CIA. Sherrow allegedly told Devereux, that he brought this information to the attention of senior personnel at the ATF he was reprimanded and immediately removed from active duty and taken off the Lockerbie investigation.

Richard Sherrow (BATF) left Washington DC on 27 September 1986 for Lomé (Capital of Togo) at the request of the U.S. Department of State. Sherrow was accompanied by Edward Owen (BATF) and James Casey (Dept. of State).

These three men were actually accompanied by a fourth person from the Central Intelligence Agency. None of them have ever mentioned this CIA person during the trial. 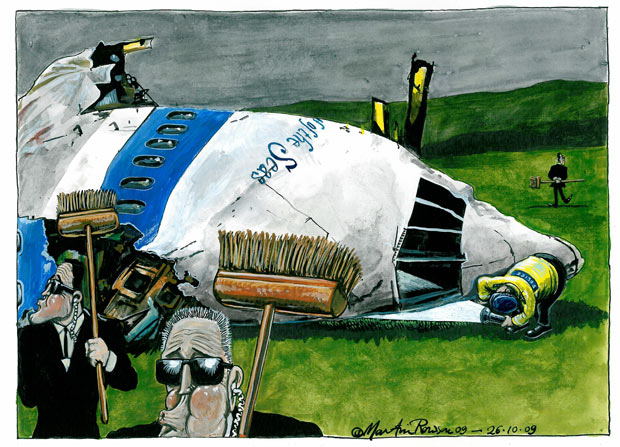 Investigation of Terrorist Activity in Lome, Togo : The US Report

The Unfathomable Mystery of the Togo Timer

The list will grow over the months. And then, there will be no more mysteries!